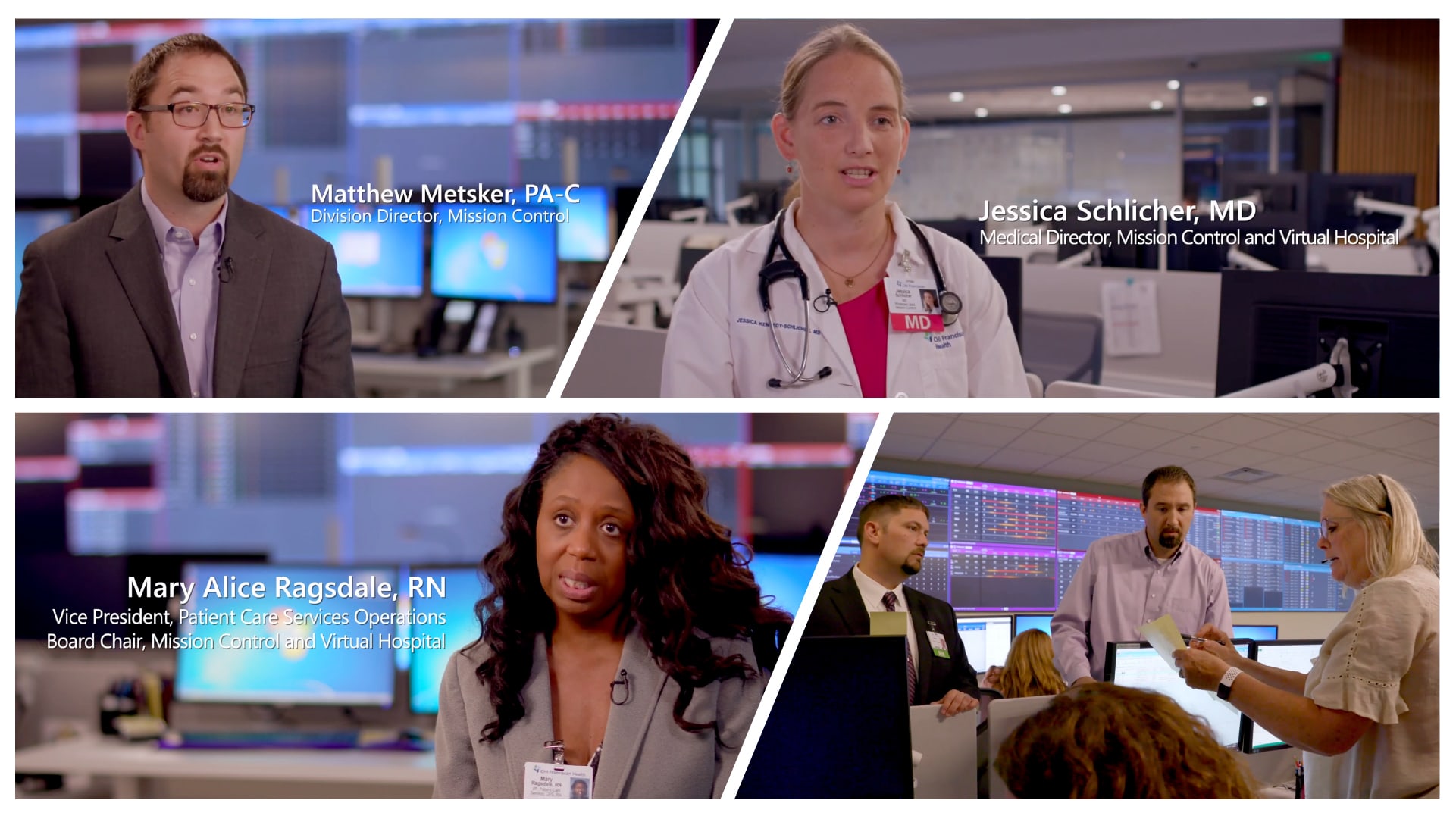 “CHI Franciscan’s commitment to innovate for patients has been evident from the first interaction. You can see that in the structure of its Mission Control:  an offsite center with satellites at three hospitals, physicians on duty, and using AI to take on new problems like optimal observation patient management,” says Jeff Terry, CEO of GE Clinical Command Centers.

“The exciting thing is that CHI Franciscan’s Mission Control is already making a difference, and today is just the beginning. There is so much in the works to take this to even greater heights. It’s an honor to serve the CHI Franciscan team.”

This new video from CHI Franciscan walks viewers through a wing-to-wing example of how the new Mission Control command center, powered by GE Healthcare, improves the lives of patients.